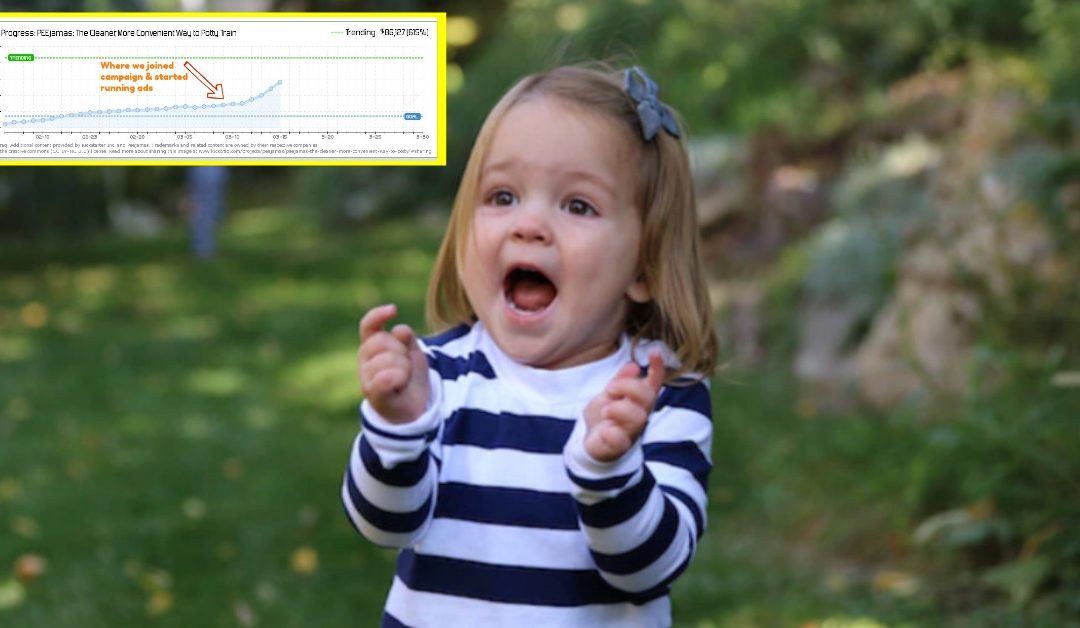 A little background: At Enventys Partners, I lead a team of 7 Paid Media Specialists (hiring 2 more – see below) and 1 Cross-Promotions Specialists. My team’s specialty is running Facebook ads for Product Launches on Kickstarter & Indiegogo. They’re really good it at – let’s not tell them I told you though.

Seriously, their results really speak for themselves.. which is why FACEBOOK featured one of our recent campaigns as the first ever crowdfunding campaign Facebook Ads Success Story.

What does it take to be a Facebook Success Story? During the 41 day campaign, Ashley was able to achieve a 7x Return On Ad Spend for the Antonia Saint NY campaign. That means for every dollar spent on Facebook Ads, we tracked $7 in revenue directly to the ad traffic [Verified by Facebook]. This contributed heavily to Antonia Saint NY raising $1.8 Million on Kickstarter. 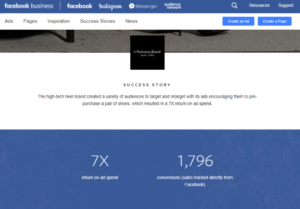 This brings us to the purpose of this post: 6 Days ago, we started working on the PEEjamas Kickstarter Campaign. When partnered up with the PEEjamas team, and Turner was next in line to get a new client there was a little chuckle from the team: Ha, Turner gets PEEjamas.

At first glance, it may have been funny. They even have the tagline “Look good peeing the bed!”

As most parents know, potty training is no laughing matter.  And as Turner started digging into the campaign to create his Facebook Ads, he realized that this new kids product helped solve a major issue for parents and it had several great selling points.

In the first 23 days, they raised $26k without the assistance of our team.  The primary difference in the last 6 days of the campaign is that Turner started running Facebook Ad Traffic.  In our first 6 days, the campaign has raised an additional $32K to bring the total to $58K.

Kicktraq tracks the daily funding of Kickstarter campaigns making this PEEjamas graph publically available. On the Kicktraq graph below, you can see that the daily revenue of pre-orders for the campaign was pretty flat for the last couple of weeks. The arrow shows where Turner started running Facebook Ads. The graph looks like a rocket ship!

The campaign was trending to raise $45,000 when we started working on it.  After 6 days of our Facebook Ad traffic, it is now trending to raise $85,000.  If this new trajectory continues, this campaign will raise much more than $85K.  I’ll update this post with final amount raised when this Kickstarter campaign has ended.

Why is PEEjamas Kickstarter taking off?

Many Inventors and small businesses looking to launch their new product on Kickstarter probably do not realize that when they look at these successful product launches that 25% or more of funding comes from Facebook Advertising. Without that steady stream of traffic, it is tough to have a highly successful crowdfunding campaign.

Peejamas is a great product that solves a problem most parents deal with (see video below) and it just needed more targeted eyeballs on the campaign page. We are excited to see where it goes in the final 15 days of the campaign. 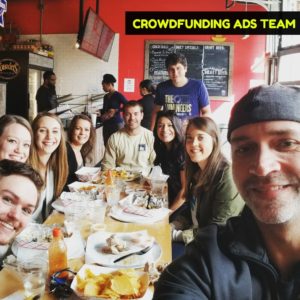 As I mentioned above, we are hiring 2 more Paid Media [Facebook] Specialists by end of the month. We are looking for great communicators who enjoy both being creative and analytical with the drive to put up high scores on the daily scoreboard.  If this post interested you enough to actually read all of it, then you may be the perfect fit!