Why Are Big Brands Launching Their New Products On Indiegogo & Kickstarter? 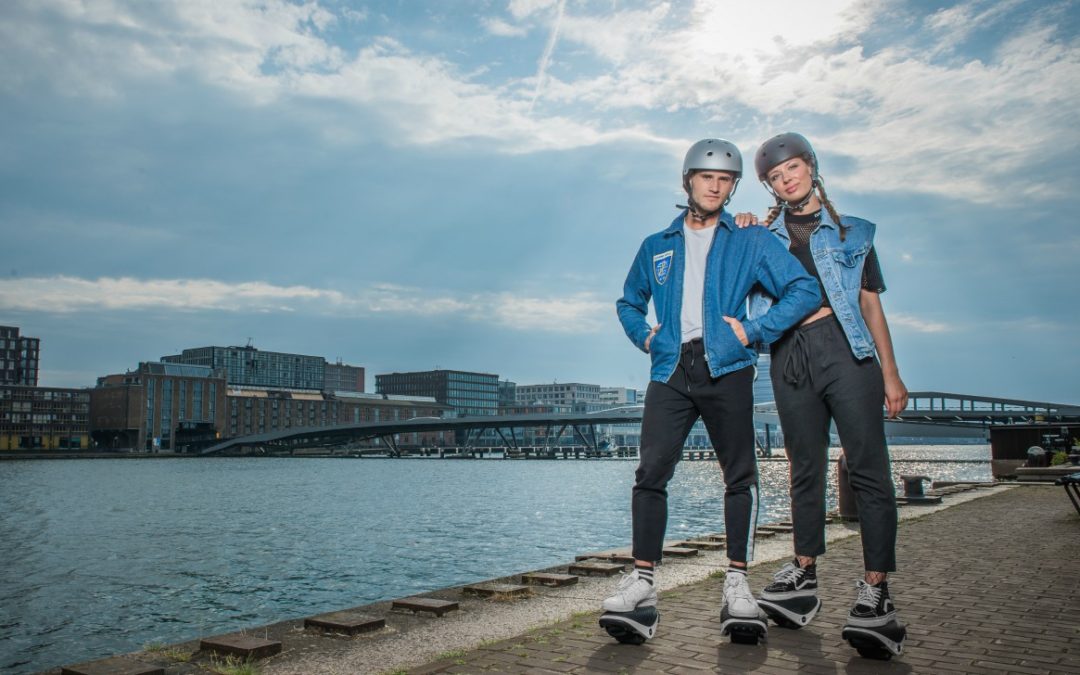 A growing crowdfunding trend in 2018 has been large existing brands launching innovative new products on Kickstarter and Indiegogo.

You may be wondering: “why would a large brand launch their products on Kickstarter and Indiegogo, are those platforms for the little guy/girl without other means to bring their product to market?”

It is true, the original mission of these crowdfunding platforms was to give inventors and creators the ability to manufacture their innovation if enough of the crowd backed the campaign by pre-ordering the product.  If the crowd really wanted the product, then the creator would get the funding necessary to manufacture and deliver it to the crowd.

Over several years of fulfilling this mission, Kickstarter and Indiegogo have built huge communities of Innovators and Early Adopters. At Enventys Partners, we are able to retarget millions in this community who have backed campaigns that we collaborated on.

The Diffusion of Innovation Theory and Crowdfunding 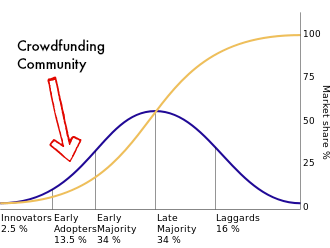 Too many companies make the mistake of trying to go after the mass market first when they launch innovative products. This is a much more expensive approach and usually leads to failed mass adoption.

The more innovative the technology, the more important it is that it follows the Theory of Diffusion of Innovation.  The more unfamiliar it is to the mass market, the less likely they are to adopt it without first seeing it in use by the Early Adopters.

Thanks to Kickstarter and Indiegogo, there has never been an easier way to get your product in front of millions of Innovators and Early Adopters.

Segway Inc. Has Launched 3 New Products This Year On Indiegogo

As we were doing research to run Facebook Ads for the end of these highly innovative new skates from Segway, we realized that Segway has launched 3 new products on Indiegogo in the last 6 months.  Check out the SegwayⓇ Drift W1 here – the skates are created from a combination of over 800 patents!

Although the Segway Personal Transporter was an innovative product created as a solution to many of the world’s problems, it never reached mass adoption. It has found success in niche markets making the daily work life much better for many.

One of the reasons that Segway Inc. may have not attained the predicted success was not attracting enough Early Adopters required to attract the Early Majority.  This article does a good job fully covering the potential reasons an innovation (the Segway Personal Transporter) that was capable of changing the world fell into a chasm.

As one of the most high-profile examples of the breakdown in the diffusion of innovation, it is not surprising that it appears now they are utilizing the power of Indiegogo to get directly to Early Adopters.

Segway Inc. knows the importance of getting as much traction as possible with Early Adopters better than anyone. They are also proving to have an impressive pipeline of cool innovative products ready to bring to market.

Another example of their new products is Loomo. In April 2018, Segway Robotics Launched Loomo, the mashup of a Robot and mini Segway transporter. It has received over $1.3 million in pre-orders on Indiegogo.

This is such a powerful combination. Segway Inc. is a trusted brand with tons of patents and a history of bringing innovative products to market. Crowdfunding platforms offer direct access to masses of early adopters needed to get the early majority interested in the product. If they can make this transition, then they have a great chance of reaching critical mass.

Other Major Brands With Recent Product Launches On Crowdfunding Platforms

Segway Inc. is not the only major brand taking advantage of crowdfunding platforms and communities to launch innovative new products.

The Heated Razor by GilletteLabs recently sold out on their Indiegogo campaign receiving over 1,200 pre-orders.

Bose Sold Out of their Noise Masking Sleepbuds in an Indiegogo Campaign that received $450K in pre-orders.

Both Bose and GilletteLabs positioned their crowdfunding campaigns as a way for the Indiegogo Community to help them improve their latest innovations before they go to market. Neither brand really needs the money to manufacture the first round of these new products, but they do want the feedback from the community prior to going to full-scale production.

With the success of these campaigns, the importance of attracting early adopters, and how inexpensive it is for a large brand to launch a crowdfunding campaign on Indiegogo and Kickstarter this is a trend that will continue to grow.

Is Your Company Launching A New Product?

If you are thinking about launching an innovative new product, then you absolutely need to consider launching it on Kickstarter or Indiegogo.

We’ve worked on over 750 crowdfunding campaigns and would love to partner with you if your product is a good fit for our backer community! Contact us here.